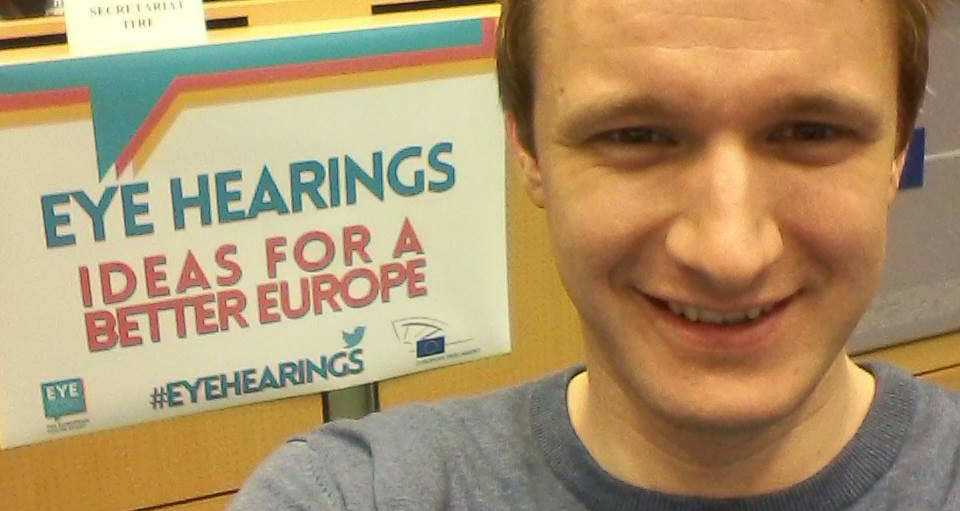 The Erasmus Student Network (ESN) had the opportunity to be present with over 40 delegates to attend some of the 200 panels and workshops, to present the organisation during the YO!Fest and to experience the European Parliament in Strasbourg.

As a follow-up of the event, the European Parliament organised hearings in some selected Committees. Our President, Stefan Jahnke, who was also a speaker during the EYE in 2014, had the chance to share some of the 600 ideas that were generated during the event to those committees.

The hearings ensure an effective political follow-up and gave young people the chance to bring additional attention to some of the ideas. Around 70 Members of the European Parliament reacted directly to the ideas and stimulated a lively debate also on Social Media channels such as Twitter.

Stefan had the chance to present ideas to two different Committees: LIBE (Civil Liberties, Justice and Home Affairs) and ENVI (Environment, Public Health and Food Safety). If you are interested in learning more about the EYE2014 hearings find more information in the following video materials:

Stefan describing his experience of the LIBE Committee:

Stefan describing his experience of the ENVI Committee:

Find following some reactions by Members of the European Parliament on Twitter: