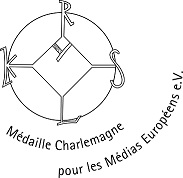 By awarding this 19th Charlemagne Medal, the board of trustees of the “Médaille Charlemagne” is honouring the network’s services as trans-European. ESN, as a student association, not only supports students in completing a semester abroad but also basically pursues the goal of bringing together people from different cultural backgrounds. In its justification, the board of trustees accordingly states that a united Europe can only function when people start to think of themselves as European (although without losing their national identities). “It is essential that we get to know other countries, their cultures and mentalities for this purpose. Relationships are built up and resentment reduced by studying and living in a different country, by meeting and exchanging views with foreigners. We need curious young people who are open to the world. As supporters of a united Europe, they must stand up for its values. In an age when the voices against a common Europe are growing ever louder, the ESN publicly stands up for a united Europe”.

The Erasmus Student Network is one of the largest, interdisciplinary student organisations in Europe. It looks after exchange students, who usually have a place on the Erasmus programme, and helps them become integrated in the locality. The network is made up of 529 sections in 39 countries throughout the world, which support a total of 350,000 students on Erasmus scholarships.

“Europe is in a deep crisis. It is frightening if you see how negligent we are with the achievements of the last seventy years. I sometimes ask myself the question of how long this Europe will survive and whether, at some time, will lose the basis for awarding the Médaille Charlemagne“, wonders Michael Kayser, chairman of the “Médaille Charlemagne” association, today on the announcement of the current prize winner in Aachen. What is missing is emotions. Many people know Europe nowadays that mainly places the accent on economic aspects, “in contrast, the Erasmus Student Network brings people together and awakes these emotions that are so important to identify with Europe.” 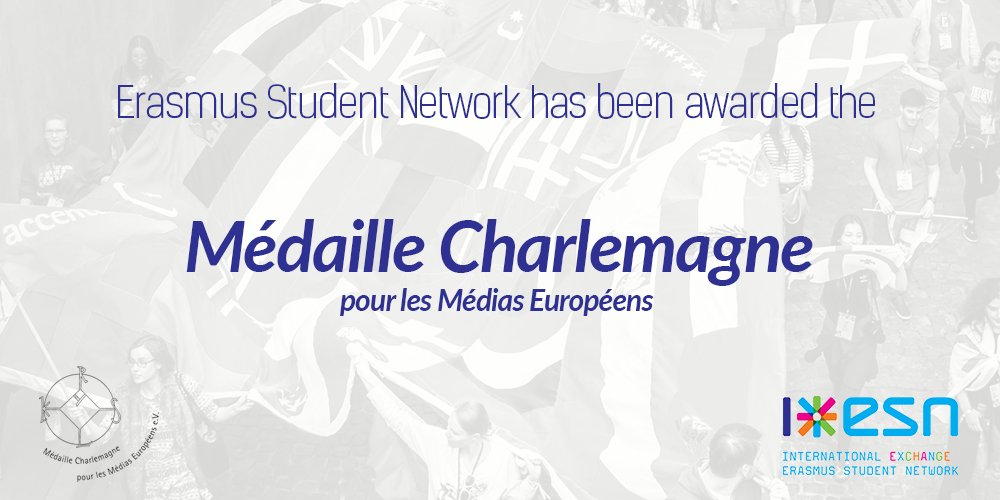 Symbol for the future of the European project

The Lord Mayor of Aachen, Marcel Philipp, reminds us that a longer period abroad spent learning and working is a whole lot more than just a subject-related part of your education. Associated with this is immersion in another culture, living and thinking in a foreign language and getting to know other points of view. Above all, however, it is encounters with people from different countries that often create life-long friendships and build up professional networks. In his own words: “The Erasmus programme has ensured that precisely this is possible for millions of young Europeans for 32 years now. Particularly in the current difficult times, in which Europe is under pressure, Erasmus is a symbol of hope, one that stands for the future of the European project, for tolerance and acceptance, for cross-border contacts and cooperation, for variety and, at the same time, for European unity.”

Europe as an opportunity

Dr. Jürgen Linden, chairman of the Charlemagne Prize directorate, emphasised that inter-state resentment within Europe is becoming ever larger against a united Europe and that the calls for national demarcation are becoming ever louder. According to Dr. Linden, “the best ambassadors for such a Europe are the young people who know Europe not just from the papers or from the news, but who have experienced Europe themselves, who know what it is like to move across a Europe without borders and have gotten to know foreign people and cultures.” He believes that the Erasmus Student Network starts its work precisely at this point: “Exploring the variety of Europe, getting to know other cultures is a major component of this work. Europe is without exception understood as an opportunity. Receptiveness and curiosity toward other people and cultures are decisive factors, which all students should fulfil.“

Among the long list of prize winners of the Médaille Charlemagne we can find well-know initiatives as the Eurovision Contest (2016) or the European Film Academy (2014), as well as personalities of the world of arts and letter as the publicist Lord George Weidenfeld, the producer Jan Mojto or the director Jean-Jacques Annaud.